How Precious Metals are Vital to Space Exploration

How Precious Metals are Vital to Space Exploration

Learn About the Role Precious Metals Play in Space Travel 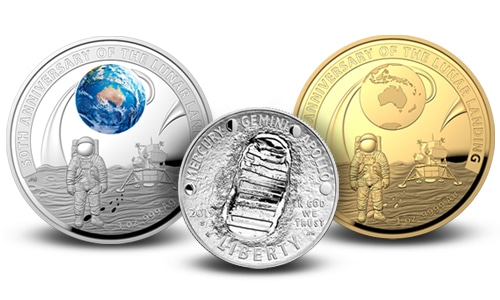 Since Precious Metals have long been a part of the transportation infrastructure here on Earth, it should come as no surprise that rockets, shuttles, rovers and other equipment used in space travel would incorporate them as well. Vehicles meant to navigate the Milky Way require excellent durability, and many common materials used on the Earth’s surface don’t hold up. Precious Metals are the exception, providing robust and stable benefits in many ways.

PRECIOUS METALS USES
Gold and Platinum have long been used in the mirrors of space telescopes, but most telescope designs also protect the Precious Metals with a layer of some other material. In optical solar reflectors, there is a second mirror on the surface that incorporates Silver or aluminum with a layer of quartz. These reflectors help control temperature in environments high in radiation.

Oxygen and ultraviolet radiation react in the atmosphere, producing a gas called atomic oxygen. Found in the Earth’s orbit starting at around 100 kilometers and extending up to 1,000 kilometers, atomic oxygen oxidizes metals, including Silver, very quickly. Because of this reaction, Silver cannot be fully exposed in this region of space.

NASA’S USE OF GOLD
Those who follow NASA closely likely have seen photos of equipment covered by Gold foil. This is not just for aesthetics. Gold acts as an incredible shield against radiation and heat from the sun. In outer space, radiation from the sun transfers heat directly into objects, much like a microwave oven, so insulation is not the best option. Gold-coated Mylar reflects heat without creating glare, keeping the instruments and astronauts cool.

Scientists have also discovered that, while Copper and Silver quickly tarnish in space air, Gold does not. External reflectors on space shuttles incorporate Gold as a component. Particles of Gold are embedded in the visors of astronauts’ helmets, blocking certain types of radiation. Smaller electronic instruments also use Gold in their wiring and circuit boards because of their natural anti-corrosion properties and effective conductivity.

GOLD IN THE SPACE SHUTTLE
Because space is essentially one large vacuum, keeping equipment lubricated has posed a challenge for NASA scientists. Traditional liquid lubricants like oil and grease must be chemically stabilized and precautions must be made in the design to prevent evaporation and extreme temperatures. Because fluids are such a challenge, solid lubricants are used extensively in space. Silver is a popular choice, applied as a loose powder, although it cannot be used on instruments exposed to the exterior space environment.