What Is a Chinese Panda Coin?

What Is a Chinese Panda Coin? 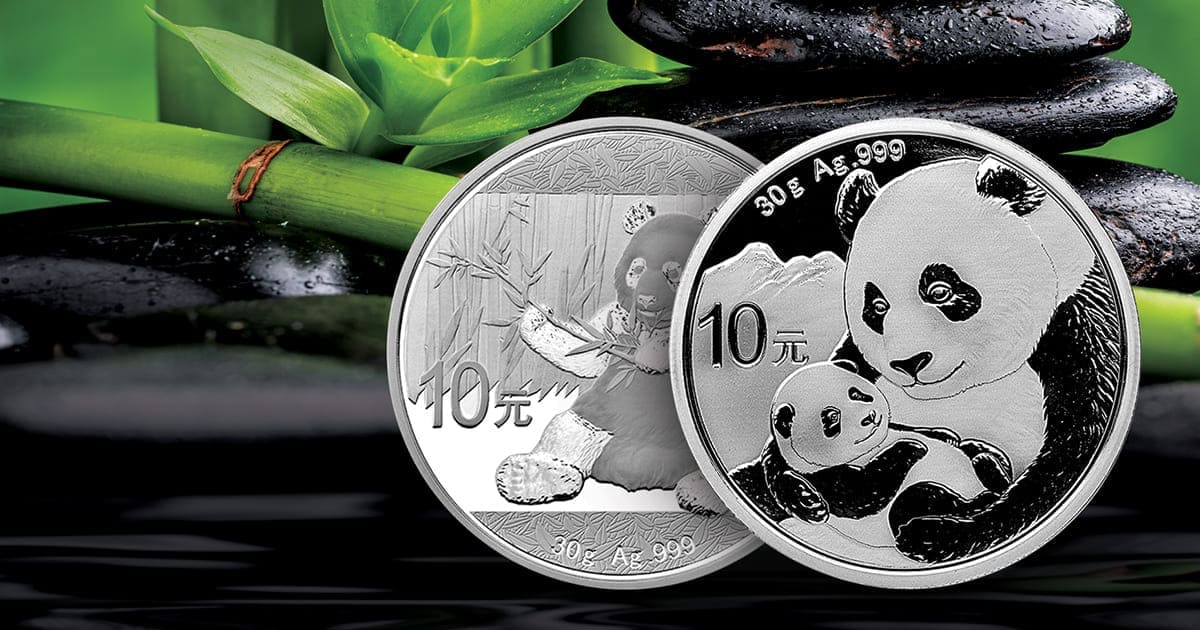 Learn About Chinese Pandas – Get Yours at APMEX Today

Issued first in 1982, Chinese Panda coins are treasured the world over. These uniquely detailed coins are produced by the People’s Republic of China. They are released annually, boasting a different panda-centric design each year.

Chinese Panda coins are a popular investment choice due to their immense design variety and reliable purity. Additionally, value retention is frequently touted as a beneficial factor for investors. However, the value of each coin varies due to numismatic and bullion price factors.

The first year that Chinese Panda coins hit the market, they were only minted in Gold. However, Silver coins were also struck in the following year, 1983, and have remained a popular option ever since. The first run of Silver Pandas was only available in a proof version.

Although Gold and Silver are the most popular Pandas, Platinum and Palladium versions have also been made over the years. These variations are quite scarce, however, due to the small amount minted.

Did you know? Silver Panda coins feature the dynamic panda design on the obverse. Contrastingly, one can find the characteristic panda on the reverse of Gold Panda coins. The coin side opposite of the panda features a significant imperial religious complex, the Taoist Temple of Heaven, located in Bejing.

What Is a Silver Chinese Panda Coin?

Made of .999 fine Silver, these coins are highly sought after by bullion investors and collectors alike. Silver Panda coins have a face value of 10 yuan in China. However, there have been Silver Panda coins issued in other denominations such as 3, 5, 50, 100, 200 yuan and 300 yuan.

What Is a Gold Chinese Panda Coin?

Made of .999 fine Gold, these coins feature an annually refreshed panda design. The face value of Gold Chinese Panda coins typically ranges between 5 to 500 yuan, depending on the coin. However, Gold Pandas have been issued in denominations as high as 1,000, 2,000 and 10,000 yuan.

In 1986, Gold Panda proof sets were introduced. These sets were available until 1992 when they were discontinued. Today, a popular Gold Panda Coin is the 3-gram Gold Panda.

Did you know? Gold Pandas from 2002 feature the same design as the previous year, 2001. However, consumers pushed back on the revived design, and unique impressions were once again featured annually after that.

Browse an extensive collection of Chinese Panda coins today at APMEX.com. Buyers and sellers choose APMEX.com due to its industry-leading selection, product expertise, pricing, and integrity.

Expand your collection today and shop our assortment of products from the Chinese Mint.